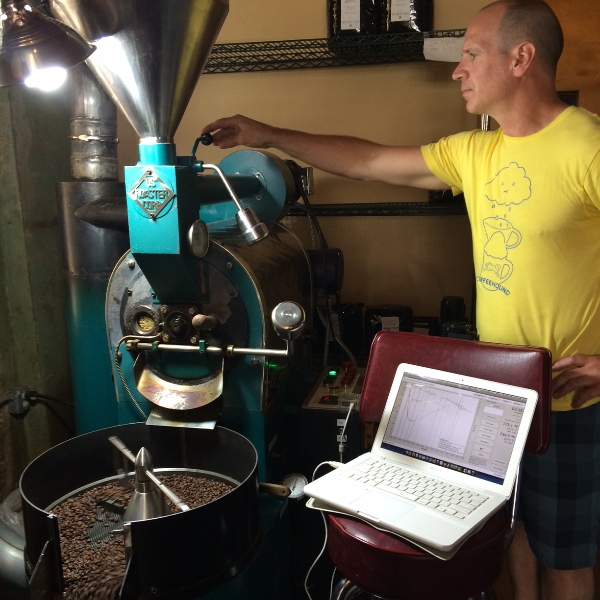 Later this week Coffee Hound’s very own brewers, Steve Fritzen and Trace Armstrong, will be competing in the Brewer’s Cup at the Big Central competition in Minneapolis, MN. Over the past two months they have been diligently preparing non-stop for this event and we at the Hound wish them the best of luck and know they will make us proud.

For the latest information concerning their success in the competition, please stay tuned to our Facebook and Twitter accounts for details. But, in the meantime, you can learn a little more about how they have been preparing for the big day here on the Coffee Hound blog.

When asked about his thoughts on this year’s competition, this is what Steve had to say:

“When Trace and I decided to compete in the upcoming Brewer’s Cup, a coffee competition, we approached it by breaking down every aspect effecting coffee brewing extraction. The starting point is usually with the decision of what coffee to use and then find the roast’s sweet spot. We have been working with a selection of very high end exclusive coffee’s and will reveal them later on by offering a small batch for our customers. Next, you move on to which brewing method you are going to use at competition, often performing many different methods multiple times, until you find the one that is just right. You start to hone in on details of the brew, such as your coffee to water ratio, particle grind size, brew time, and water. A refractometer, which measures total dissolved solids in water, can often help one understand how these details affect the brewed cup. By using a refractometer we can measure the extraction to find out if we need to adjust any of the variables to get the best coffee flavor and aroma. It is always best to adjust one variable at a time to find what factors are contributing to your final outcome. We have been preparing for this year’s Big Central’s Brewer’s Cup for over two months, and we feel like we could always use more time to experiment and fine tune the details of our cup, as it is a never ending processing to find that perfect cup. We are confident with our coffee and method that we are taking with us to Minneapolis, Minnesota, where Brewer’s Cup is being held this year, and we love that this has been such a fun and educational challenge during our time of preparation.”

Throwback Thursdays a Throwback to Your Childhood

Throwback Thursdays a Throwback to Your Childhood