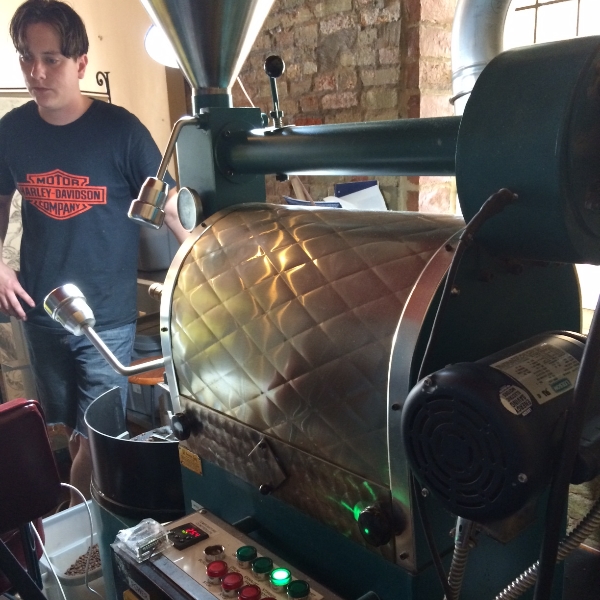 The other day we heard from Steve Fritzen about the upcoming Brewer’s Cup at Big Central which takes place later this week in Minneapolis, MN.

As mentioned in the previous post, both Steve and Trace will be competing.

When asked about Trace about his feelings about the competition, this is what he had to say:

“Last year, former Hound barista, Steve Replogle, competed at the Big Central Barista Competition, accompanied by his wife Amie, Meghan, Wally, and myself. While we were there I got the chance to experience the Brewers Cup Competition. Set up on a side stage boxing ring (the event takes place in a boxing gym), competitors serve coffee to three judges using a manual brewing method of their choice. I thought it would be fun to compete this year, so when Steve Fritzen brought the idea up to me a few months ago, we decided to get to work.

Over the last few months, Steve and I have been cupping like crazy and experimenting with different manual brewing methods. After all of the preparation with trial and error we have gone through, Steve and I realized how hard brewing REALLY great coffee is when you’re striving for perfection. There are so many variables to play with and manipulate, and the experience has humbled me. I’ve gotten the chance to roast, brew, and taste some of the best coffees in the world. I will be experimenting up until competition day to make sure I best represent the inherent beauty in the coffee I’ve chosen, and hopefully the judges will agree.”