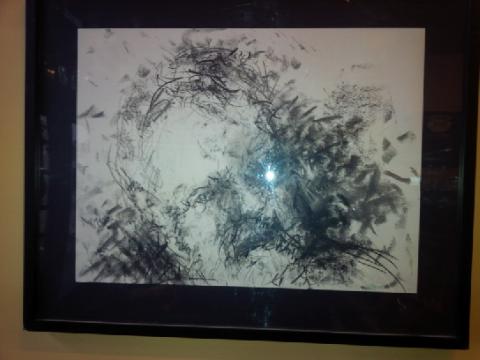 Earlier in the week a video was posted about Roger Harris, father of Coffee Hound owner April Fritzen, creating a mural at a local graphics agency, Osborn & Delong. In response, April wrote the following: “It got me thinking about how many of our patrons may not know about the artwork displayed at both of the Coffee Hound locations.  While the Normal store is only home to one piece of artwork by Roger Harris, my father, the Bloomington location is practically a gallery of his works.

“Roger Harris’s artwork is an important part of the history behind Coffee Hound.  Ever wonder about the name Coffee Hound, or the Coffee Hound Dog?  I grew up with this dog, previously known as the ‘Art Dog’.  My dad used this dog in many of his paintings and drawings while I was growing up.  When Steve and I decided to open a coffee shop I asked my dad if we could use the dog as our logo.  He obviously agreed and then suggested the name Coffee Hound.” 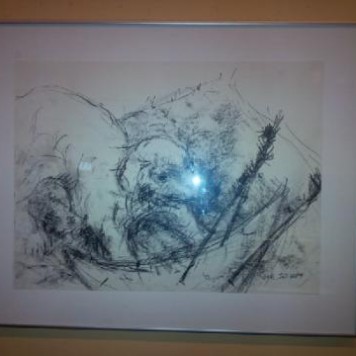 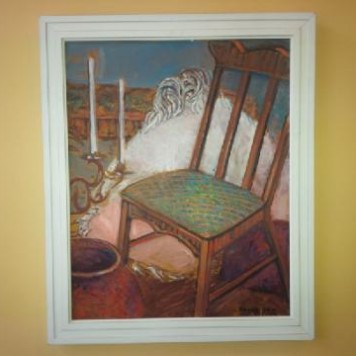 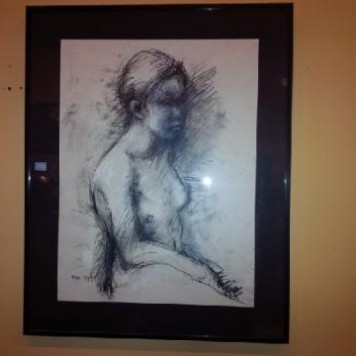