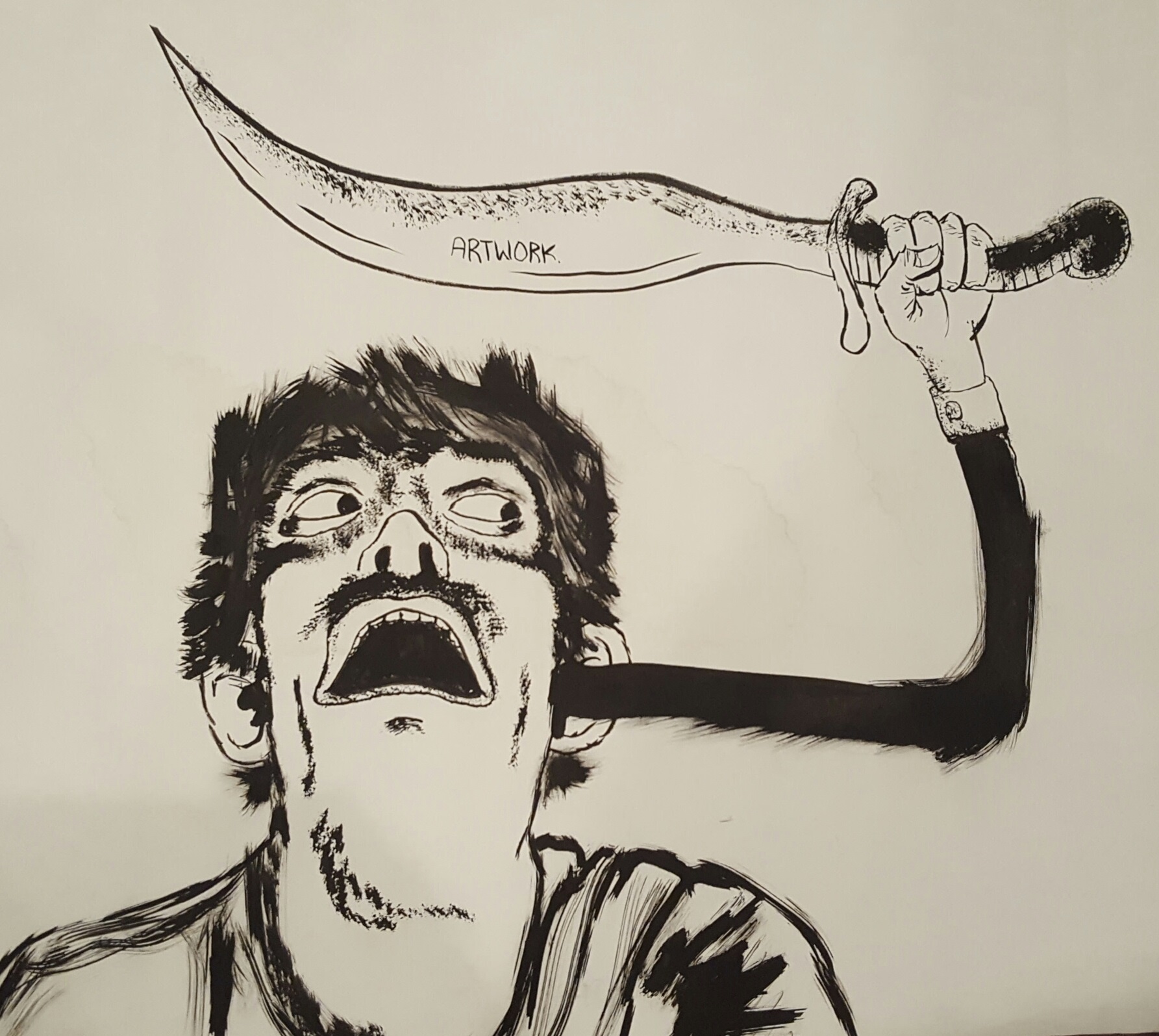 This month’s Coffee Hound Featured Artist is Sean McNiff whose work will be on display at our Normal location throughout September.

Creating pen and ink drawings and some digital illustrations, Sean describes his work as possessing an “underground comic book style”, often depicting “people, creatures, and weird sci-fi”, as well as the occasional political figure, all with vintage tones reminiscent of the work of his idols whom he affectionately refers to as “those crazy kooks at EC comics, Tales From the Crypt, and Mad Magazine”.

Although Sean has an associate’s in fine arts, Sean says his school did not provide him with the education in art he was looking for and that his real education came from studying the comics he loved.

Previously Sean has done designs for t-shirts, skateboards, and fliers.

Looking forward, he is currently working on his own comic, a card game, and whatever else comes his way.